A track record of working together for justice and fairness 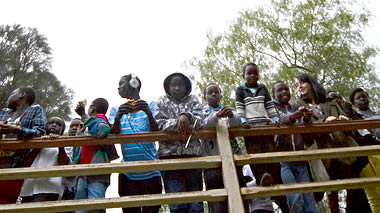 Along with Stan Willis, these organisations were pioneers in engaging people in Melbourne’s western suburbs to work together for justice and fairness and to exercise greater influence over decisions affecting their lives.   These are the values that continue to drive the Trust today.  It has provided many small grants to community organisations in the west.  Many of these grants have reaped outcomes of far greater value and impact than the initial investment.

While born in Wangaratta, Stan Willis spent most of his adult life in Williamstown where he became a dedicated member of the western region community.  He was a strong advocate for the rights of workers and was active in the Boiler Makers’ Union, the Boiler Makers’ and Blacksmiths’ Union and   later the Amalgamated Engineering Union and the Amalgamated Metal Workers Union.   He was also active in the Australian Labor Party.

Stan Willis was particularly interested in the issue of industrial deafness, writing a book on the subject and pioneering trade union action to prevent the problem.  Later, he took up the plight of those affected by asbestosis.

In the 1970s the then Whitlam Government established the Australian Assistance Plan (AAP).  The plan created Regional Councils for Social Development.  Stan Willis was actively involved in the Western Region Council for Social Development. The Council was housed at 35 Cowper Street,  Footscray.  The building was aptly called Stan Willis House in honour of his contributions to the communities and people of the west.

The AAP was arguably the forerunner to initiatives that continue to this day to build communities, strengthen social planning, and improve citizen engagement.

The AAP was abolished in 1977 and in the years that followed the Council was subject to the vagaries of ad hoc funding from other sources.  In 1989 Stan Willis House was sold and the proceeds used to establish the Stan Willis Trust.  The Western Region Council for Social Development, which had moved to rented premises elsewhere in Footscray, finally closed its doors.

About the West Education Centre 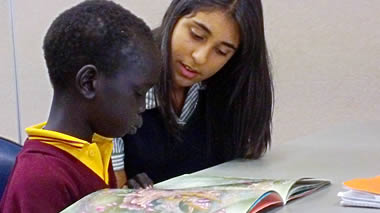 Known as West Ed, its aims were to strengthen education in the western suburbs of Melbourne, promote the democratisation of decision making in education, and address inequality in educational outcomes.

West Ed conducted workshops, held annual conferences and developed resources for pre-school, primary and secondary teachers and parents. The centre initiated some ground-breaking programs and award-winning publications to support teachers and parents, especially in the areas of:

Like the Western Region Council for Social Development, West Ed was funded through a larger initiative established by the then Whitlam government, the Commonwealth Schools Commission.

The roles of the Commission were to provide policy advice and to support the democratisation of schooling and consultation with the community.  West Ed was one of 32 such centres nationally established to address the needs of schools, teachers, students and parents in disadvantaged areas. The Commission also provided direct funding to schools in disadvantaged regions through the Disadvantaged Schools Program.

In 2002 when West Ed was no longer able to sustain its operation as a self-funded organisation the Committee of Management decided to close the centre.  As provided for in its constitution the remaining assets were bequeathed to the Stan Willis Trust for the provision of small yearly grants to community and educational groups in the west for specific purposes.